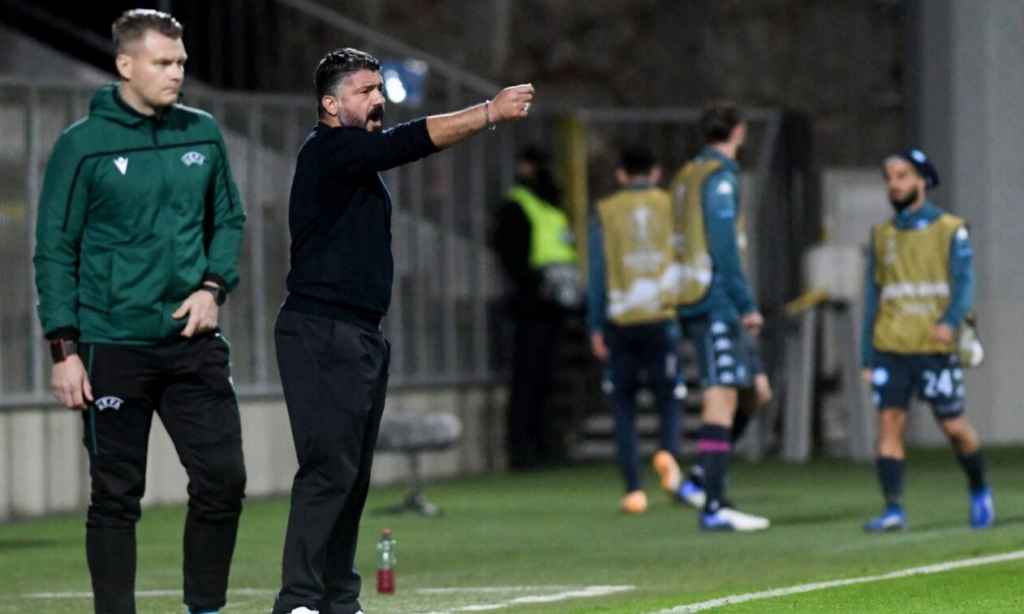 Crazy Ball – Gennaro Gattuso revealed he was furious at Napoli's players during their 2-1 Europa League win in Rijeka on Friday (6/11), asking his team to bounce back without waiting for a slap.

Napoli were arguably lucky to be in a 1-1 draw at halftime at the Rujevica Stadium, when goalkeeper Alex Meret had to make several saves from the hosts' attempts during the first half, before Diego Demme hit back at Robert Muric's opener two minutes before the break.

Matteo Politano's deflected shot and a Filip Braut own goal ended up giving the Partenopei the win, but Gennaro Gattuso remains unhappy with his team's performance especially their performance during the first half.

“There is no such thing as an easy match. Don't forget that Real Sociedad only beat Rijeka by one goal and they need a goal in the 93rd minute, “the 42-year-old manager told Sky Sport Italia. “I knew they would be defensive and ready to counter immediately, but we were surprised by the surprises many times in the first 30-35 minutes.”

“Maybe we thought that we came here for a walk [sehingga] i got very angry at [akhir] first round. We face too many risks. [Permainan tim] It was better after the break, but we couldn't accept this attitude error from the start. This is a problem that has been going on since last season. “

“We have to be vigilant at all times and not have to be slapped to wake up. It went well for us today, but if our luck doesn't come it will be very difficult to change it. I want to see our second half performance they can show for the full 90 minutes in every match. “

Thanks to this victory, Napoli are still in tight competition with AZ Alkmaar and Real Sociedad with all three of them packing six points from the half-round of this season's group stage, while Rijeka is still a points barn and has been without a single point to be at the bottom of the standings.