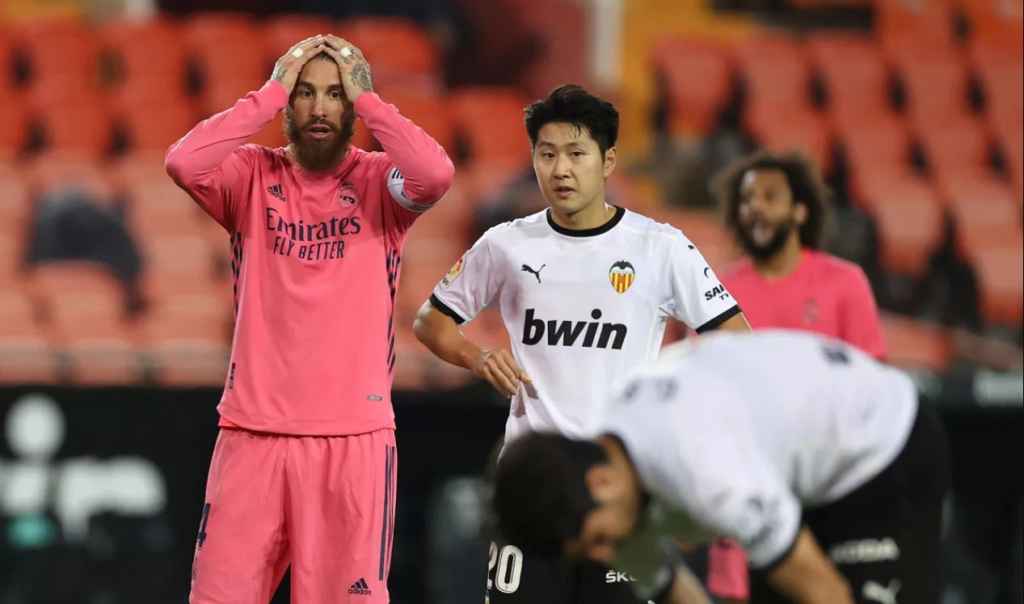 Crazy Ball – Valencia managed to beat defending champions Real Madrid 4-1 at Mestalla which included a hat-trick from Carlos Soler with three penalties and one Raphael Varane suicide on Monday (9/11).

It was a night that didn't go well for Zinedine Zidane's side. Casemiro's absence seemed to make Madrid really like a boneless body, lacking enough intensity while defensive performance was also poor, even though Sergio Ramos started.

The French manager tried to give Marcelo and Isco a chance to step down from the first minute, but it was an unsuccessful bet, and the inclusion of strikers Luka Jovic and Mariano Diaz also did little to change the flow of Los Blancos' attack. Even though Real Madrid had the lead through Karim Benzema, before Carlos Soler's penalty and Raphael Varane's own goal made the Spanish capital giants turn 2-1 behind at halftime.

The addition of two more goals from Soler from the penalty spot in the second half saw Madrid finally go down 4-1, and here are their players' report cards after the terrible defeat at Mestalla: